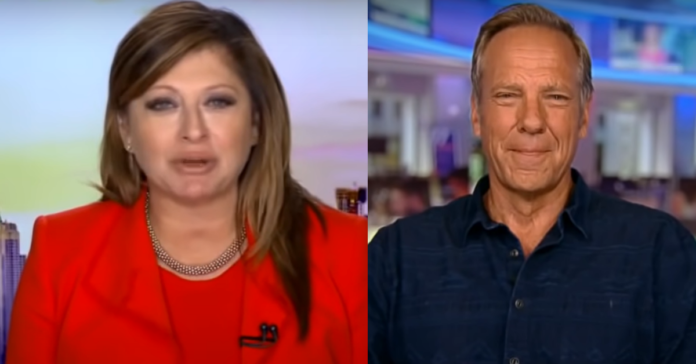 The former host of the hit show ‘Dirty Jobs’ is heading to the Fox family as the company revamps its primetime lineup on its Fox Business channel. Mike Rowe’s new show showcasing the essential American worker, ‘How America Works’ will debut tonight.

Mike said: “Essential work has become headline news again and with it, a heightened interest, I think, in the way we are all connected and the way with all these jobs really do keep civilized life on the rails. The essential challenge is to magnify that which is out of sight and therefore out of mind.”

“Dirty Jobs was the granddaddy of essential work shows, but now, on a personal level when I look around, you can’t describe certain work as essential without also implying that certain other kinds of work is non-essential. And I don’t feel good about that.

Everybody is essential to somebody, even if it is just themselves. And there is no such thing as non-essential work. That is a different message than the one I started with 20 years ago. It is still hard, it is still dirty, it is still smelly, the shows I work on still have that element to them, but I no longer believe that there is anything non-essential about any job.

“Every now and then the headlines will catch up to the themes of a show, and when that happens, the show is suddenly made relevant in ways that the producers and the host and the network didn’t intend.

“It’s very tempting, if you are in my position, to look beyond the entertainment value of a show, to try and find a larger theme, and then to try and tell a story about why that theme is important. The problem with doing that, is that it’s boring.

“It might be true! And I believe in my case it is. It might be important, and in my case, I believe it is. But we are still in the entertainment world, and we have to put out shows that fundamentally engage the viewer, and either nourish them or delight them or horrify them or keep them engaged,” he said.

Fox Business Network will debut a new primetime programming slate, “FBN Prime,” that will celebrate American industry and ingenuity when it premieres on September 20, the network announced on Wednesday.

“We are thrilled to introduce a new engaging and inspirational primetime lineup focused on success stories across key American industries to our loyal viewers,” FBN president Lauren Petterson said.

“How America Works” is a new hour-long series narrated by Rowe that will showcase the Americans that work nonstop to keep our infrastructure in working order. “How America Works with Mike Rowe,” will air on Mondays at 8 p.m. ET.

“American Built with Stuart Varney” will air on Mondays at 9 p.m. ET, as FBN’s top-rated host dives into the design and ingenuity of iconic American landmarks with back-to-back episodes of the show that began on Fox Nation.

WATCH: Tucker suggests Milley be fired "for killing a bunch of kids unintentionally and then lying about it"

WATCH: Levin argues the Dem Party is the enemy of the Declaration of Independence