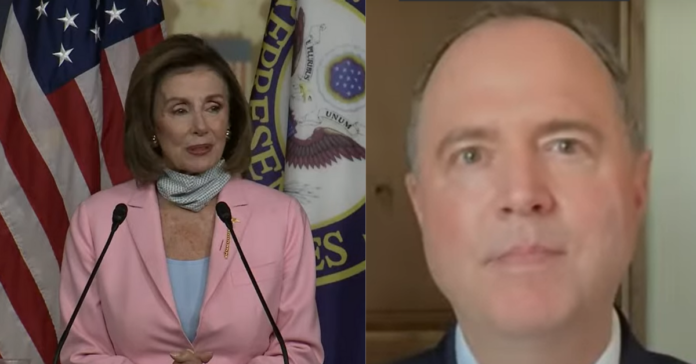 House Democrats just snuck a move to restrict the GOP’s ability to use its minority power to push for investigations into President Joe Biden into the House rules.

The Dems have been very quietly changing House rules so the GOP is basically blocked from using an old legislative trick a ‘resolution of inquiry’ to hold the executive branch to account.

This centuries-old legislative process allows a lawmaker to formally request information from the executive branch. The party in power gets the final say, after a vote in committee or on the floor using this process. So, for example, when the Dems were in the minority and tried it on Trump the GOP blocked the resolutions.

But now the Dems, maybe they are afraid their slim majority won’t hold in their fractured caucus? will block the GOP from even trying to get some answers from Biden.

“It’s one more example of one-party control, trying to control your information, trying to intimidate you, from fining to proxy voting, to who can be on committee,” McCarthy said. “All the actions that are taking place have never been done before in Congress.”

“I’m not going to promise one thing,” McCarthy said about payback, “but I’m going to look at everything.”

“Democratic leadership has suspended a centuries-old House rule that allows for more congressional oversight — all to protect President Biden from scrutiny for the multiple disasters his failed leadership has caused,” Rep. Michael McCaul of Texas said.

“Whether it’s the deadly catastrophe in Afghanistan or the crisis at our southern border, the American people expect Congress to hold the Executive Branch accountable for their mistakes. The Majority needs to lift this indefinite ban on resolutions of inquiry and allow for vigorous oversight,” he added.

“Committees of jurisdictions are fulfilling their constitutional responsibility to provide oversight of the situation in Afghanistan and there are regular bipartisan briefings,” said a spokesman for the Dem run House Rules Committee.

“Republicans have consistently tried to disrupt the House floor, demanding votes even on noncontroversial bills that they support,” the spokesman said.

“Now, they are demanding even more tools to derail the work of congressional committees. We are staying focused on allowing committees to do their work and passing legislation to provide for the American people.”

To Save Our Country, I Would be Fine With Getting Rid Of Congress And Starting Over