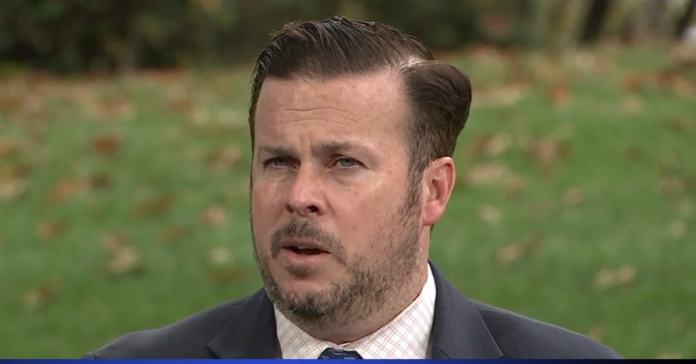 A Dem lawmaker from Pennsylvania was arrested over the weekend for violating a protection from abuse order and for harassment. State Rep. Kevin Boyle (D-Philadelphia) was arrested Friday night and arraigned early Saturday morning.

Boyle’s lawyer Emmett Madden issued a statement that said: “It is important to note that Kevin Boyle is not accused of any act of violence. By agreement with the Philadelphia District Attorney’s Office, Kevin is scheduled for a mental health evaluation.

“He intends to follow through with all court, mental health and medical recommendations, including treatment.

“We are confident that with treatment, Kevin can return to full health, resolve these charges, and continue serving his constituents.”

The leadership of the Pennsylvania House Republican Caucus said:

“The news of Rep. Boyle’s arrest is more than troubling.

“The allegations against him, if true, mean he should no longer hold public office.

“It is clear Rep. Boyle should resign from office now to focus on his personal health and the future well-being of those around him.”

He was released Saturday morning. He will be in court again Tuesday.

The arrest comes days after his caucus leaders quietly stripped Boyle of his committee chairmanship and curtailed his access to the Capitol, requiring him to enter through public doors with metal detectors, instead of the 24-hour special access that lawmakers typically enjoy.

Spotlight PA, which first reported the change in Boyle’s status, quoted him as saying he wasn’t sure what Democratic leaders were thinking, but thought they had acted based on “incorrect information about me.”

Bill Patton, a spokesman for House Democrats, declined to comment on Boyle’s arrest when reached by WHYY.

Other Democratic members, many of whom have worked with Boyle since he was first elected to his Northeast Philly district in 2011, have been similarly reluctant to weigh in on Boyle’s demotion— characterizing the problems that spurred it as sensitive and highly personal.

Boyle’s older brother, Democratic Congressman Brendan Boyle (PA-02), did not reply to a request for comment about the arrest.

Trump answers what would prevent him from running in 2024, says "I feel so good, and I hate what’s happening to our country"